(Click on each photo to enlarge it for easier viewing)

I am playtesting a scenario for this year’s Historicon gaming convention using several 1/1200 riverine ships from Toby Barrett that I purchased last year from one of my gaming friends.  The scenario will involve more than a dozen of Thoroughbred Figures’ various pewter ironclads, cottonclads, timberclads, and other sundry gunboats and vessels.

Here are some photographs of today’s play test… I am enjoying my foray into ACW naval wargaming!

END_OF_DOCUMENT_TOKEN_TO_BE_REPLACED

I have recently downloaded a digital copy of a new scenario book by Brad Butkovich in which he breaks down the 1863 battle of Chickamauga into bite-sized pieces similar to my books on Gettysburg and Antietam.  River of Death has more than a dozen original scenarios for Chickamauga that look highly playable. The scenarios should work for nearly all regimental-level ACW rules systems, including of course Johnny Reb 3 and Regimental Fire & Fury, as well as most others.

END_OF_DOCUMENT_TOKEN_TO_BE_REPLACED

More photos of the Battle of Pipe Creek 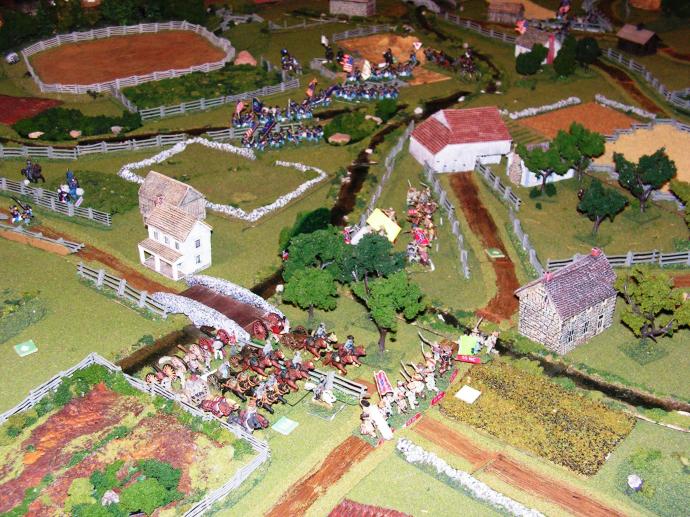 John Stoner was among the wargamers who played in the February 20, 2010 Battle of Pipe Creek at the game room of the Department of the Susquehanna Club in Harrisburg, PA. He shared a few of his photographs from that 15mm Johnny Reb 3 miniature wargame.

END_OF_DOCUMENT_TOKEN_TO_BE_REPLACED 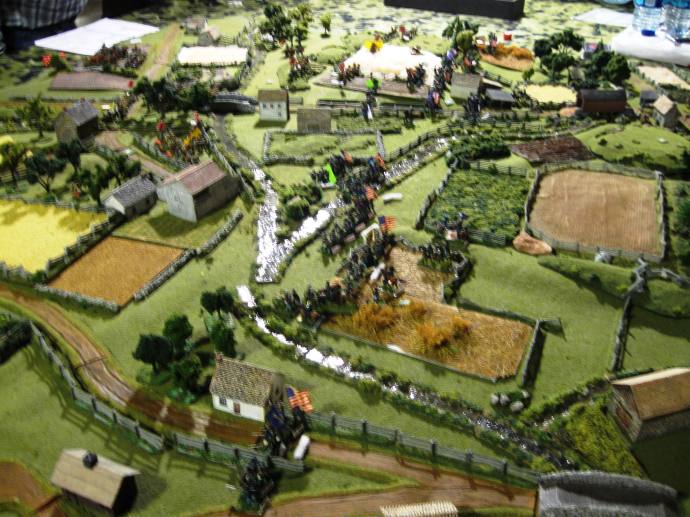 Eight gamers from south-central Pennsylvania met in Harrisburg on Saturday afternoon, February 20, 2010, at the gaming room of the Department of the Susquehanna wargaming club. I hosted at 15mm miniature wargame based upon a scenario I wrote for CHARGE! Issue #26. It is a hypothetical games based upon General George G. Meade’s planned Pipe Creek Line in the Gettysburg Campaign. I used period maps from Carroll County, Maryland as well as the Army of the Potomac’s known movements in the region and Meade’s circular that directed his troops to form along Pipe Creek.

Here are some more photos from the game, which was won by Abner Doubleday’s I Corps.

END_OF_DOCUMENT_TOKEN_TO_BE_REPLACED

Advance skirmishers from the 6th U.S. Cavalry await the expected approach of enemy troopers off to the east. “Grumble” Jones’ Rebel horsemen have dismounted and are slowly working their way toward the Federal position.  They will need to cross a muddy plowed field while under the carbine fire from the blue-bellies, whose mission is to slow the Laurel Brigade as long as possible to allow time for the rest of Wesley Merritt’s Regular Brigade to arrive on the scene and deploy.