Is the wargaming hobby graying? 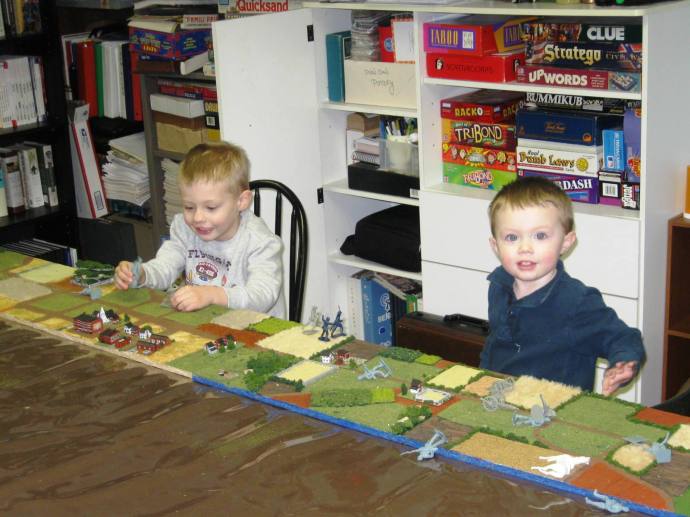 Over the past few years, there has been much discussion on the graying of the hobby of miniature wargaming. Hobbies such as stamp and coin collecting, model railroading, model rocketry, radio controlled airplanes, and many others appear to also be struggling somewhat to attract younger aficionados, to various degrees of course.

I am doing my part to attract young gamers to the hobby of historical miniatures! Start them with their own plastic Civil War 54mm figures from a Gettysburg gift shop, and teach them some rudimentary rules (in the case of my younger grandson, it’s set the soldiers up and knock them down). In the older lad’s case, it’s about rolling the dice, counting the spots, and determining where to go from there. He’s a little young yet for a Combat Results Table.

There must be some sort of special rules on where to place the miniature islands, which have ended up in a pile in the countryside instead of in the middle of the Mississippi River!

With younger gamers, one never knows what to expect!

The next generation of Johnny Reb 3 wargamers mugs for the camera. Miniature wargaming provided hours and hours of enjoyment for my two sons back in the 1990s, and twenty years later, it’s time to get another generation involved in rolling dice and moving toy soldiers. 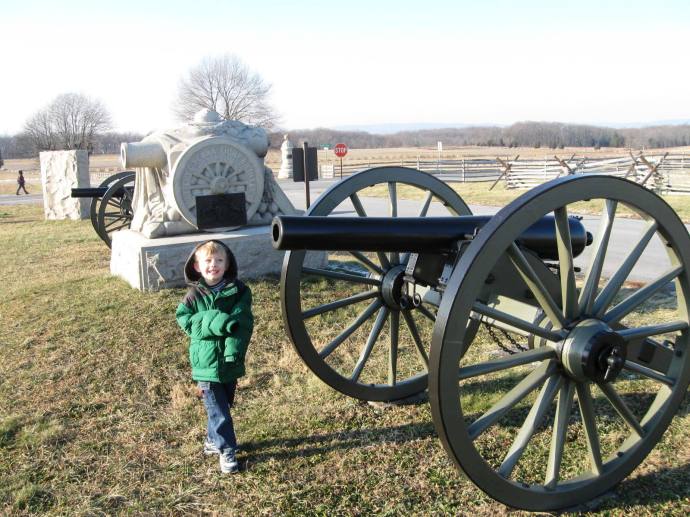 We are fortunate to live less than 30 miles from Gettysburg National Military Park, so we can explore the battlefield, enjoy the artillery pieces, and then come home to play with our toy soldiers! 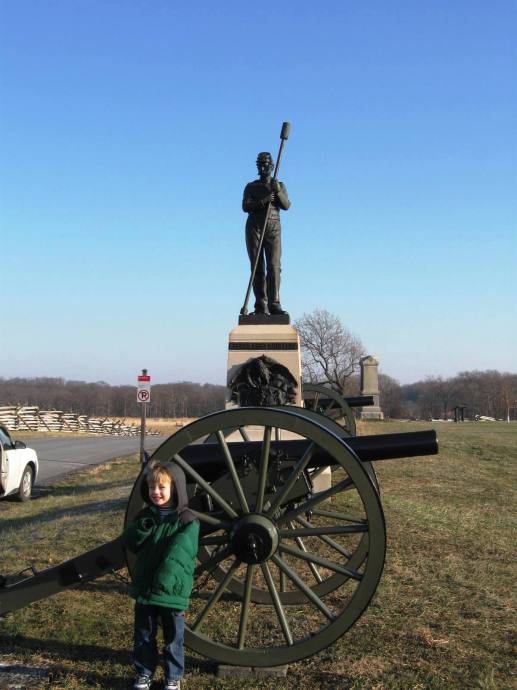 So, while it seems true from casual observation at HMGS-East conventions that I strongly resemble the bulk of historical wargamers (early 50s, gray hair,  glasses, not as athletic a build as I had back in my varsity football and baseball days), there are pockets of hope.

At Historicon and Fall-In, I noticed a good contingent of younger gamers (not quite this young, of course).

So, what activities do you recommend to attract the sub-20 crowd to the hobby of historical miniature wargaming?

3 thoughts on “Is the wargaming hobby graying?”