Some time ago I reviewed John Zabawa’s Gettysburg Miniature Soldiers, one of my favorite stores in Gettysburg. Click here to see the photos of John’s previous store, which occupied less than half the space he now has since he expanded into a vacated adjacent business. Here are some photos I took today in Gettysburg as I dropped off some of my Civil War books to John (he now carries my autographed books Flames Beyond Gettysburg and the Louisiana Tigers in the Gettysburg Campaign, as well as the ACW naval rules River Wars which I edited and published). 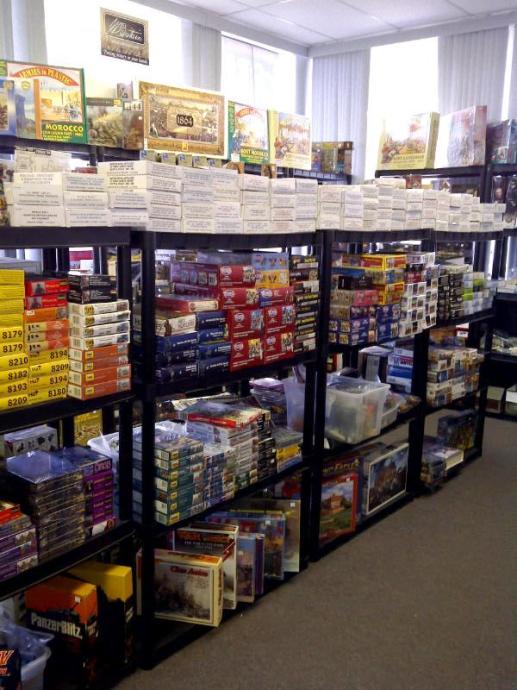 John carries an impressive line of plastic model kits and figures, as well as some vintage board games (check out the Panzer Blitz and Panzer Leader games on the bottom shelf!)

Playsets are among the specialties of Gettysburg Miniature Soldiers, both vintage 1960s Marx sets and newer more modern playsets.

John also carries used gaming accessories and figures, as well as new issues. He has several lines of 15mm ACW wargaming figures and accessories, including the new Blue Moon figures.

Perhaps the best part of John’s store is the toy soldier wall — so much eye candy to look at!!!! So many memories of old plastic figures I had as a kid 9and still have!). 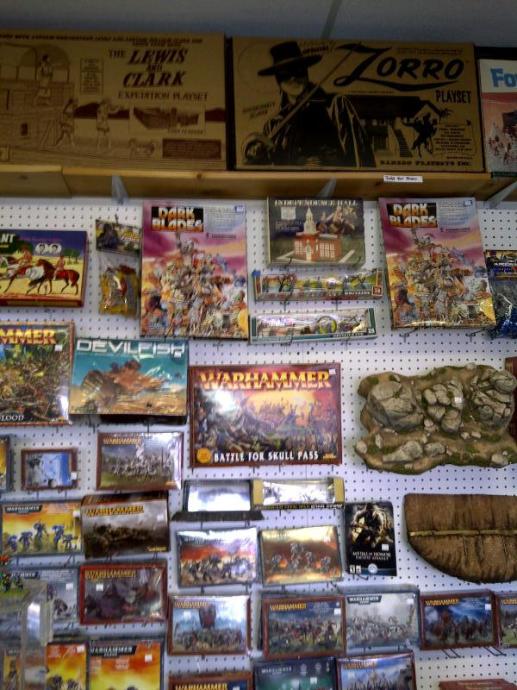 Check out the sailing ship! That would be a cool toy for my grandsons!

Here is a link to John’s website for Gettysburg Miniature Soldiers.