Diorama of the old Confederate Soldiers Home in Richmond 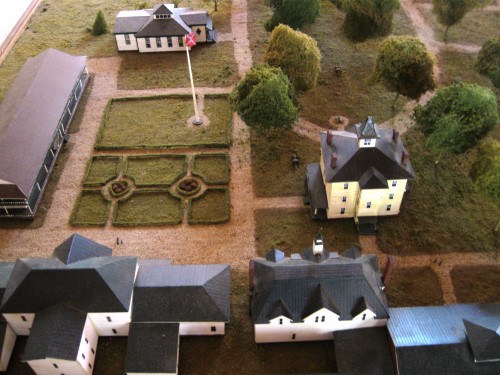 Here are some more photos of the diorama, which is located in one of the two surviving buildings, the Confederate War Memorial Chapel (also known as the Pelham Chapel). The other building is the Robinson Building. The rest of the old soldiers home is gone, and now the Virginia Fine Arts Museum and the Virginia Historical Society sit on the old site.

Hundreds of soldiers lived and died here. The cottages were built with public and private donations. One cottage of particular interest to me was the General William Smith Memorial Cottage, funded by two of Extra Billy Smith’s surviving children.

The chapel (to the left) hosted hundreds of funerals of Confederate veterans in the early 1900s.

The Robinson House is depicted in miniature in the center of this photograph (it’s the 3-story white building with the observation cupola.