Gettysburg Wargamer Bill Molyneaux has designed several new board games recently, including a series of easy-to-learn American War of Independence (AWI) games which are now available at Gettysburg Miniature Soldiers and other outlets. Click here for more information.

The AWI Campaign sets share a common rule set with battle specific changes so it is easy to learn. Most of the 9 battles can be finished in under 2 hours regardless of your wargaming experience. Experienced players will comfortably finish most battles in under an hour.

The battle scenarios included in this campaign pack are:

PRICE SOON TO BE RELEASED 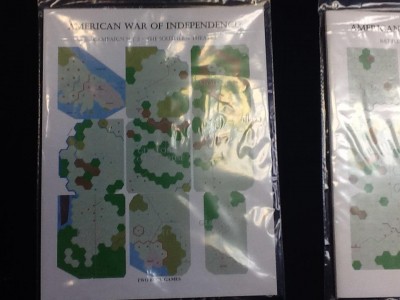