This poses an interesting dilemma for Colonel Carrington; does he accept the surrender of one band of 50 while still being attacked from the outside by over 1500 warriors.

Several of his officers, among them his adjutant Lt William Bisbee and QM Lt Frederick Brown, urge Carrington to refuse their surrender offer and finish them off. This is certainly tempting for Col Carrington as Red Could has already inflicted over 60 casualties, killed or wounded, on his garrison this date and plus another 30 plus over the last three months that the regiment has been constructing the fort here. 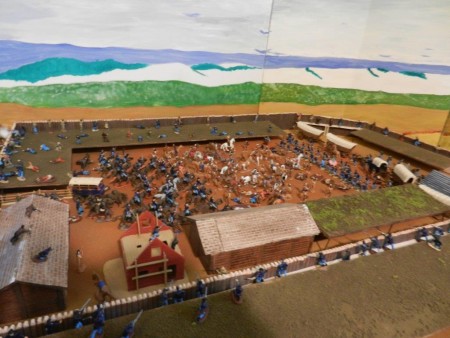 Colonel Carrington sees an opportunity, ever so small perhaps, to end the fighting on the Bozeman Trail.   Even if that does not result from accepting the surrender, the return of these 50-some braves-several of them wounded, would not add significantly to the offensive strength of the Sioux. Carrington orders his regimental bugler to sound “Cease Firing”. 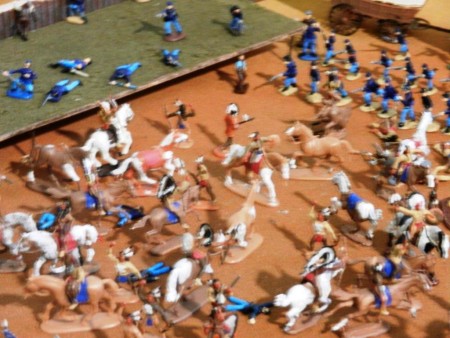 Chief Scout Jim Bridger, recently returned from Fort C.F. Smith, some 90 miles further up the Bozeman, from the palisade wall separating the QMY from the main fort yells in Sioux to finish throwing down all of their arms while Captains Fetterman, Powell and Ten Eyck relay the order to “Cease Firing”. 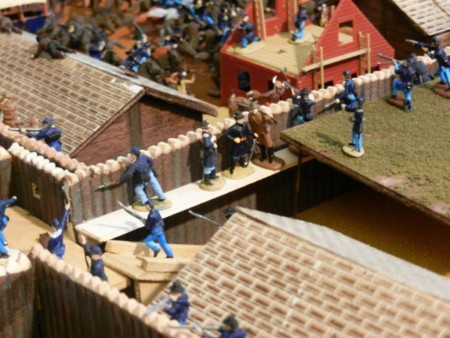 As the firing in and on the walls surrounding the QM Yard slackens off, the Sioux there drop their weapons and raise their hands. While the surrendering Sioux are “gathered up” to be herded, at least temporarily, into the fort’s guardhouse. Col Carrington, with one of his while shirts attached to the tip of his saber, waves it back and forth above the wall over the main gate as a flag of truce. 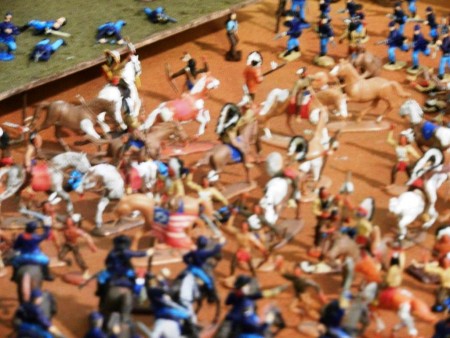 As the Sioux fires slackens, Scout Jim Bridger yells over the walls in Sioux that some 50 of their fellow warriors have surrendered and will be well cared for if Chief Red Could will meet that afternoon with Colonel Carrington to discuss terms of their release. A brave takes this message to Red Cloud. Since the advantage of the opened QM gate has been lost, Red Cloud figures he has nothing to lose at this point with a short truce. The brave returns with the answer that Red Cloud will meet with the Little Chief (the Sioux name for Colonel Carrington) that afternoon. Has peace come at last to the Bozeman Trail?

Carrington quickly calculates there are 52 days till Christmas. With somewhere just over 50 prisoners to “trade”, he will offer Red Cloud the safe return of one prisoner per day for each day there are no Sioux attacks, no Sioux raids. With luck, that will bring peace right up till Christmas. By then, construction of the fort and all its buildings will be completed and enough firewood and supplies will have been accumulated to last the garrison through the winter. “Yes”, Carrington thinks, “even if I can’t convince Red Cloud to end “his war” on this place, a 50-day truce will serve just fine.” 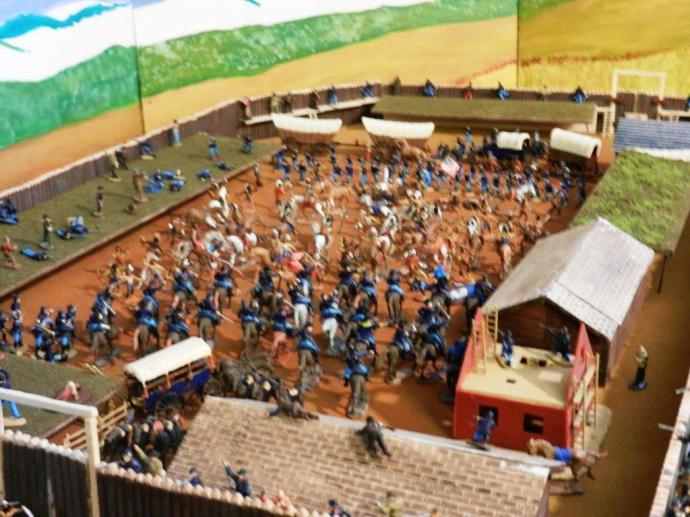 5 thoughts on “The Battle for Fort Phil Kearny: Part 6”