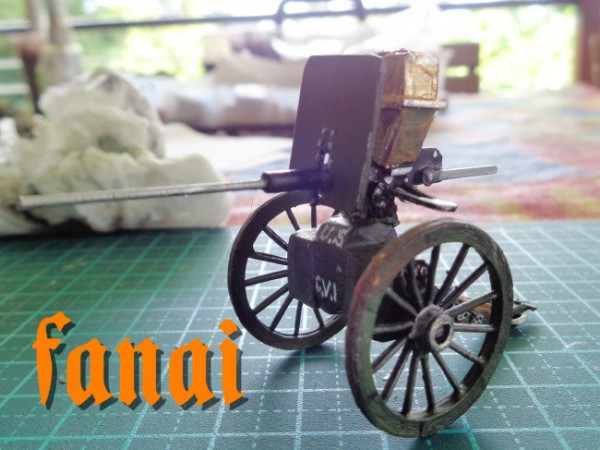 Australian wargamer Ian Fainges has given me permission to reproduce some of his images on Photobucket of his 40mm Civil War figures. Of particular interest is this scratch-built so-called “coffee grinder” machine gun, a device which saw limited use on the battlefield during the war but was a technological advance which with other similar weapons such as the Gatling gun eventually led to the development of the machine gun. Some fifty years after the Civil War, machines guns played such a horrific role in the trench warfare of World War I.

Ian’s friend Brad Smith adds, “The ‘coffee grinder’ is the Agar machine gun that featured (not super successfully) at Peninsular campaign battles such as Williamsburg and Garnett’s farm).”

Here are some of Ian’s other photos.