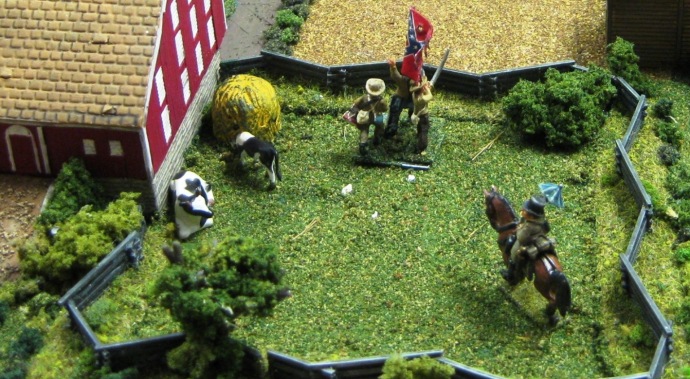 My friend Larry Reber of West Virginia knows I wrote a popular, award-winning book on Confederate General William “Extra Billy” Smith. He was the oldest general in either army at the 1863 battle of Gettysburg and was the governor-elect of Virginia (Smith had previously served as the commonwealth’s governor during the Mexican War years).

A few years ago, Larry graciously made me a customized 15mm miniature of Extra Billy. Here, I show the tiny general sitting on his horse in the shade of his characteristic blue umbrella that he always carried with him (even into battle!).

The colorful Smith had been a five-time U. S. congressman from Virginia after being a 49er in California. He served in the Confederate Congress and was colonel of the 49th Virginia before becoming a brigadier general under Jubal Early. END_OF_DOCUMENT_TOKEN_TO_BE_REPLACED